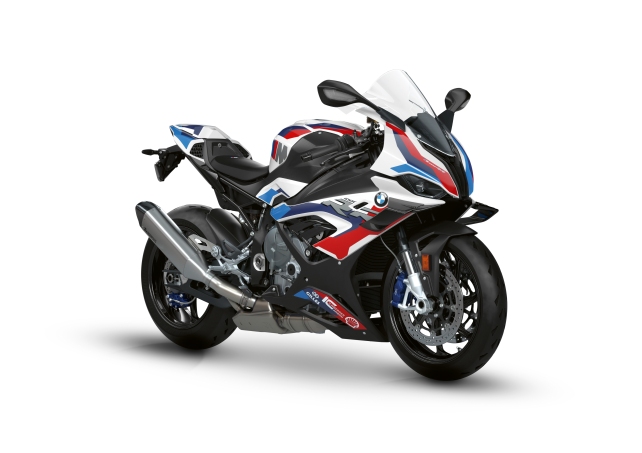 The letter “M”. To European performance car officiandos, it is a magic letter that precedes the designation of some of the world’s finest high-performance vehicles.  BMW founded its famous Motorsport sub-brand way back in 1972 to facilitate their successful racing car program from the 1960s although the first official M car made available to the public was the 1978 BMW M1. It was not until 1993 that BMW officially changed the subsidiaries name from BMW Motorsport Gmbh to BMW M Gmbh. Over the years M variants of most of the car brand’s nameplates have been developed along with optional M performance parts and accessories.

In keeping with its sister companies’ tradition, BMW Motorrad’s S 1000 RR has now come in for the “M” treatment. Although BMW Motorrad had previously used the HP (High Performance) moniker for its performance motorcycle range, since 2018 the “M” logo has become more prevalent on the S 1000 RR, with M packages and accessories available for the supersport machine. It was clear the time had come for BMW to release a full M 1000RR to enhance their World Superbike racing program and create a new flagship for their sports motorcycle range. Only 500 of these special motorcycles are to be built with BMW’s eye firmly on FIM Superbike and Superstock glory.

Officially named the M 1000 RR, the motorcycle uses cutting edge technology and materials that lift the “base” model S 1000 RR to a whole new level. And the changes are quite comprehensive. Starting with the heart of the machine, the engine, the M RR is based on the S 1000 RR water-cooled inline four-cylinder unit still utilising BMW ShiftCam technology but with revised variable valve timing and lift. There are lighter rocker arms and machined intake ports with revised geometry enhanced with optimised camshaft timing. There are also new two-ring forged pistons from Mahle bringing an increase in compression ratio from 13.3:1 to 13.5:1 that are 12g lighter. The connecting rods are 85g lighter titanium components by Pankl giving a maximum engine speed of 15,100 rpm compared to the S 1000 RR 14,600 rpm. All the above spells out an increase in horsepower – 156kW (212hp) at 14,500 rpm and maximum torque of 113 Nm at 11,000 rpm compared to the RR’s 152kW (207 hp) at 13,500 rpm both sharing the same 113 Nm of torque at 11,000 rpm. A new titanium Akrapovic exhaust system was added to improve engine breathing and weighs 3,657 g less than the RR stock system. 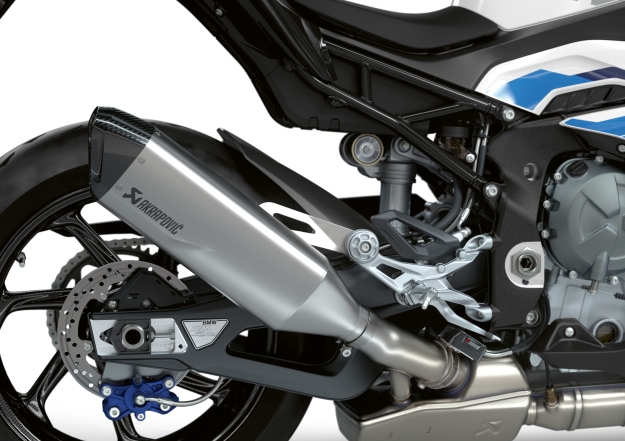 Based on the S 1000 RR chassis, the M 1000 RR aluminium bridge frame comprises of four gravity die-cast elements that use the engine as a stressed member while tilted at 32 degrees. The rear subframe is constructed from lightweight aluminium tubing to support the rider. BMW refers to it as a “flex frame” due to its optimum interaction with mainframe, the rear frame and swinging arm, allowing the tires the best possible interface with the road. The primary objective though is to achieve winning lap times at the race track.  To add to this philosophy, BMW has also delved into aerodynamics’ new frontier by adding carbon fibre wings to the M 1000 RR’s fairing. Combined with a redesigned high windscreen for better air-flow over the rider’s helmet it has resulted in a maximum total downforce of 16.3 kg (36 pounds) at 300 km/h. 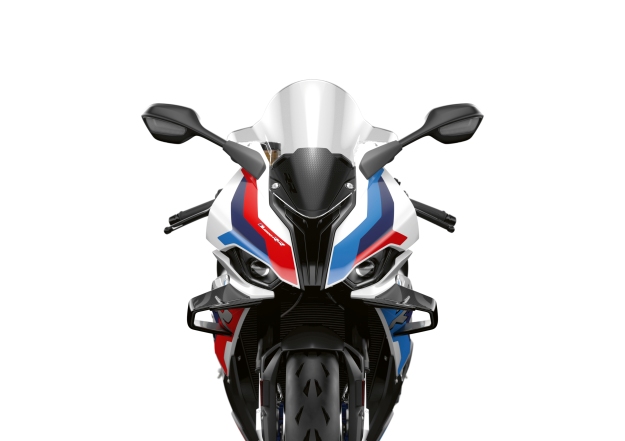 Just as important as going fast is the ability to slow and stop the motorcycle with reliable controlled and consistent braking.  BMW has worked together with Japanese company Nissin to develop the first M brake caliper designed from World Superbike experience with the bonus of each mono-bloc four-piston caliper weighing 60 g less. The 320mm front brake discs though have been increased in thickness from the RR’s 4.5mm to 5 mm. The suspension has also come in for the M optimization. Just like the RR, the M variant uses 45 mm upside-down fork legs. The triple clamps though are machined from solid aluminium and are 20 g lighter than those fitted to the RR. Although front suspension travel remains the same as the RR at 120 mm, the M’s internals have been heavily modified. The rear Full Floater Pro kinematics rear suspension has revised compression and rebound damping with 1 mm more travel but the lever kinematics have been completely overhauled compared to the RR with a greater degree of mechanical adjustment and a new lighter blue steel spring is fitted. 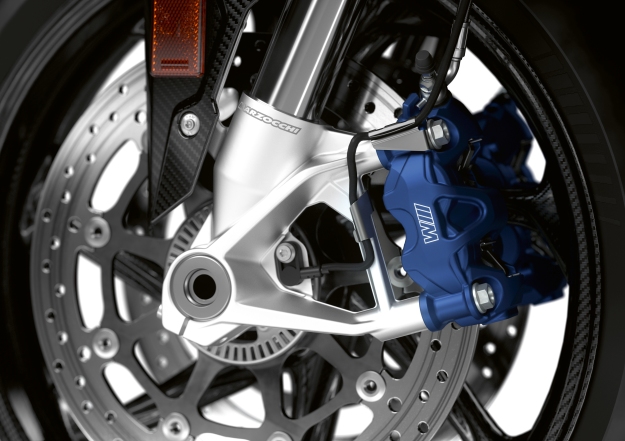 M carbon wheels are also a feature on the M 1000 RR providing the benefits of lower unsprung weight and a decrease in rotational mass helping acceleration and deceleration while aiding easier changes in direction for even more agility and driving dynamics. The carbon wheels are also 1.7 kg lighter in total than the RR’s cast aluminium items. BMW left no stone unturned to reduce weight with M RR using a lightweight lithium-ion battery. All in all the M 1000 RR weighs in with a DIN kerb weight of 192 kg compared the already lightweight 197 kg of the S 1000 RR

The M 1000 RR also boasts a 6.5 inch TFT display with an M logo starting animation. Through this interface the usual suite of electronic riders’ aids is available including:

Shift assistant Pro for shifting gears up and down without the clutch. Simple reversibility of the shift pattern for race track use.

Launch Control for perfect race starts and a pit lane limiter for precise speed in the pits. 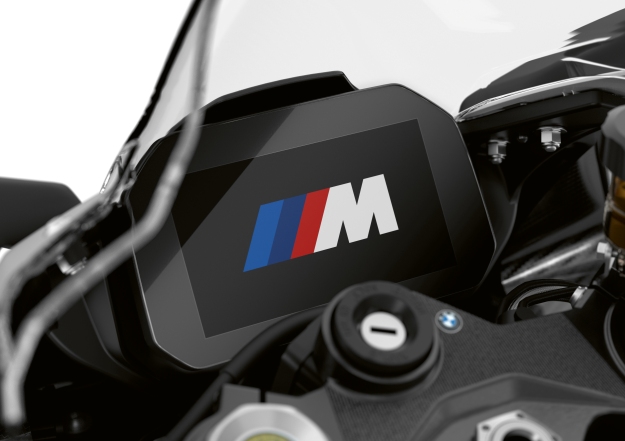 If all of the above is not enough for you BMW also provides an M competition pack that includes high-quality components and exclusive M branding. The anodised aluminium billet parts, folding clutch and handbrake lever, M brake lever guard, M rider footrest system, and M engine protectors are high-quality components. Then there is a comprehensive selection of carbon fibre parts plus a DLC coated M endurance chain (no adjustment or lubricating needed here). To cap off this quite wide-ranging kit is a silver anodised aluminium swingarm which is 220g lighter than the standard swing arm.

The M pack also includes a pillion package and seat cover while an activation code is provided for the M lap trigger that makes it possible to automatically record lap times at the race track using the display.