When Casey Stoner won the final 800cc MotoGP World Championship for Honda in 2011, many a finger was pointed at the seamless gearbox Honda had developed as being a significant factor in the RC212V’s reinvigorated performance.  Shuhei Nakamoto, vice-president of Honda Racing Corporation,  believed it was more a matter of refinement in many areas of RC212V that had brought about the championship winning performance.

But the seamless gearbox did raise the ire of the MotoGP commercial rights holder Dorna, who with the FIM, was on a crusade to cut costs and to close the performance inequity between the CRT teams and the factory prototypes.

Yamaha, however, is the last of the factory teams to adopt the technology as Ducati had already introduced their version of the seamless gearbox in late 2011. To the delight of its Grand Prix World Champions Jorge Lorenzo and Valentino Rossi, the M1 went seamless at Misano for the San Marino Grand Prix. It was a concerted effort by Yamaha to try and bridge the technology gap to Honda and to help Jorge Lorenzo claw back lost ground in the MotoGP World Championship battle.

So what are the benefits of this new technology? According to Valentino Rossi, “The bike is more stable in acceleration so it’s less demanding, so you can be more consistent and more precise, with less effort,” he added. “The only difference in setup is the electronics: you get less wheelie, so you need less wheelie control [which means more horsepower and more acceleration].” 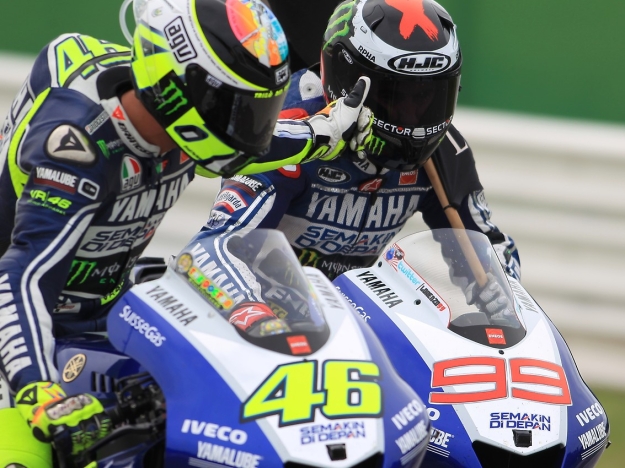 Rossi and Lorenzo were delighted to have the seamless gearbox at Misano.

The fact that gears can be shifted without the split second loss of torque through the transmission that occurs with a racing speed shifter,  which momentarily cuts the ignition as another gear is engaged,  is the primary benefit.  With a conventional gearbox when the torque is reintroduced, it can load up the rear tyre and cause wheelspin or wheelies. which may also unsettle the front end of the bike. Also with a seamless gearbox down, changes are smoother helping engine braking with a more controlled front end under brakes.  Greater stability while changing gears mid-corner is another big benefit of the system.

How does it work? To put it in simple terms two gears are engaged simultaneously.  The torque is transmitted through the lower ratio, but as engine torque rises, the higher gear ratio is gradually engaged. When the higher gear is selected, the torque is transferred seamlessly to it.  The reverse is true of down changes. There are many subtle benefits of the gearbox.  Shorter gear change time, Improved tyre wear, more precise handling and less fatigue on the rider. 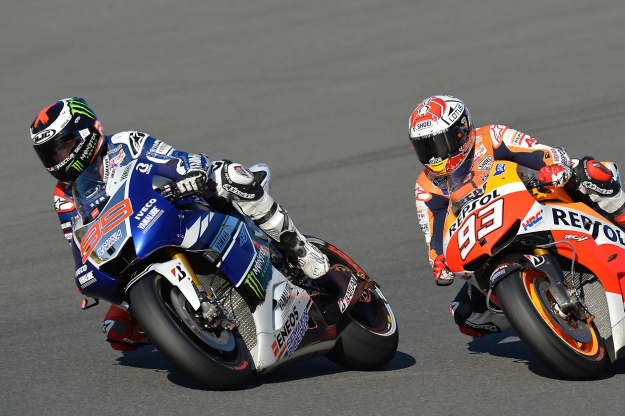 Yamaha managed to close the technology gap at Misano.

The cost of developing the seamless gearbox is a mute point with Dorna who thought that they had all the bases covered when they outlawed automatic, CVT and twin-clutch transmissions, which is also the case in F1.  There is a certain amount of irony here concerning F1 which I will refer to shortly.

Lin Jarvis Managing Director of Yamaha Factory Racing towed the Dorna line initially saying that Yamaha would not have invested in the technology if Honda had not.  This in some ways is a strange approach as most manufacturers justification to go racing is to develop new technology that can eventually filter down to their production motorcycles. 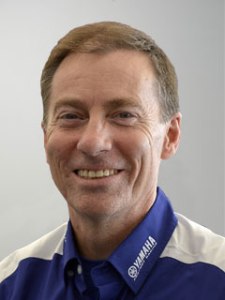 Honda has quite openly been accused of spending a vast amount of money on their seamless system. But is this purely speculation?  This brings us back to Formula One.  The FIA outlawed automatic, CVT and twin clutch transmissions in the 1990’s, but for the 2005 season, the governing body deemed seamless gearboxes legal. One of the first cabs of the rank was the BAR Honda Formula One team who promptly announced they had developed such a gearbox for an introduction that season.

So seamless gearbox technology is not new to Honda having introduced it in F1 some six years before it appeared on the RC212V of the Repsol Honda Team in 2011.  It would, therefore, be safe to suggest that the cost to Honda for using existing technology would not have been as extreme as some would have us believe.

Considering Dorna’s close links with F1, it’s a surprising oversight that the move to seamless technology by Honda was not anticipated.